I took this photo in Spain, Mediterranean.

It was taken several months ago, early in the morning

When I took this photo, I felt as happy as if I found a treasure!

Tips or suggestions for other photographers:

Enjoy the moment and do not forget your camera! 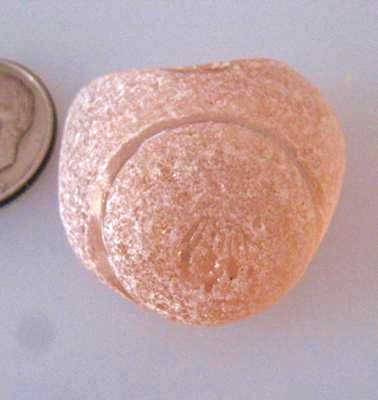 I found this piece of sea glass on Maui.

I was eager to see if I could catch the beauty of the piece by photographing it in natural light. 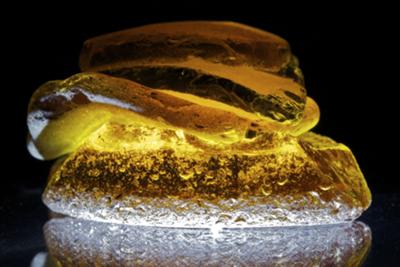 The photo composition is various pieces of beer bottle shards stacked on top of each other. 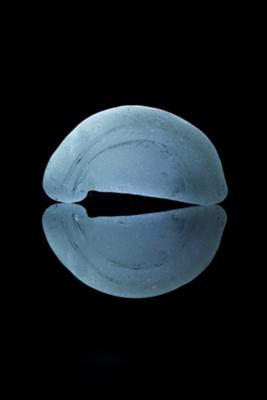 Piece was found in Barbados and is a lovely half of a bottle bottom.

Beaches are lovely and the sea glass plentiful, think about it as your next vacation. 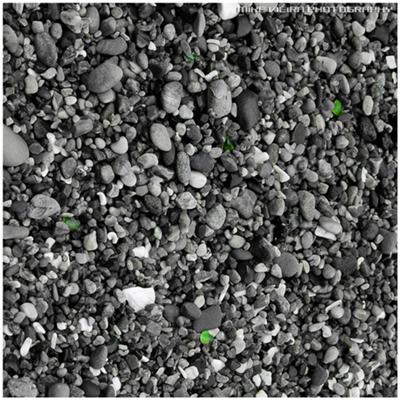 
~ by Mike Vieira
Where was this photo taken?

This was the late morning going into afternoon.
What were your feelngs or impressions when taking this photo?

Really wanted to capture everything in one photo.

The variety of rocks and shells with seaglass incorporated.

The seaglass was not placed where the photo was taken. Photographed as I found it.

Southworth is best known as one end of the Vashon Island ferry ride not far from Seattle.

Lying southwest of Seattle itself and on the western side of the Puget Sound, Southworth has a long history back into the early 1800s.

Beaches are beautiful here but for sea glass conditions could be better.

Like other places on the Puget Sound, at the Seattle end of the natural waterway from the Pacific Ocean, these beaches are sheltered from ocean waves and rarely have waves above one foot, thus little wave action to tumble sea glass.

Glass shards are plentiful, especially around spots like ferry terminals that have been populated for many many years. And there are some nice finds as shown in this beautiful photo.

However, jewelry-grade sea glass is almost never found along much of the Puget Sound shores.

Added by David Schneider of OdysseySeaGlass 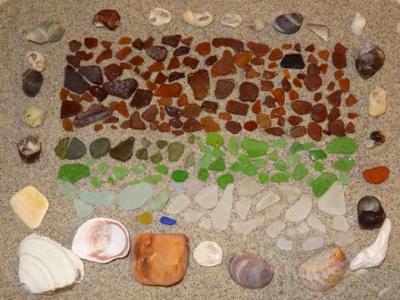 Our Best Day Ever

This photo was taken in my kitchen.

My daughter and I collected all of this glass in a three hour period on July 19th, 2011 at North Hampton State Park in N. Hampton, New Hampshire

We were so excited! I've collected glass my entire life, and this is the most I've ever collected in one day!

I used a Sony Cybershot G camera for this photo.

Try with and without a flash!

This picture was taken with a flash even though it wasn't needed.

It caught the colors better than natural light did.

Always be aware of where your shadow falls.  Make sure you're not taking a picture of yourself!