Home - Seashells on the Beach

What can you do when you're on the beach and you just aren't finding any sea glass?

Seashells on the Beach - The Wonderful World of Seashells

If you aren't finding sea glass, there's a lot of things you COULD do. Jog, throw the Frisbee, chase sea gulls, go to sleep...

However, if you're like us, you start looking for anything unusual or rare that's on the beach. It Doesn't really matter what it is; strange fish washed up on the beach, bits of driftwood, coral, and, of course, sea shells.

That's how Lin and I started collecting sea shells.

Lin wrote a post about this in 2011. Here's the story she told then while living in Los Organos, Peru

"I remember on one of our first treks on the beach here in Los Organos finding a large cowry shell in excellent condition between the rocks.

It's the largest shell I've ever found in my life. 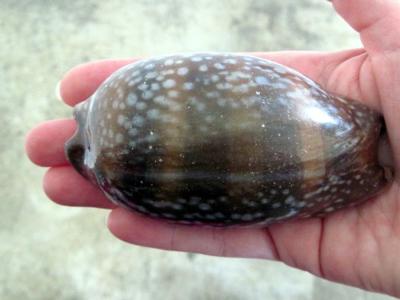 I was flabbergasted because usually the shells here get broken up on all the rocks and don't make it intact to the beach, not that size anyway.

Even the locals said that was a pretty rare sea shell to find on the beach.

So, I was pretty proud of myself.

David and I are total amateurs in regard to conchology (the branch of zoology dealing with shells).

However, although we may not know the kind or class of shells, we do know that we're enthralled with the colors, sizes, and shapes that we find.

This has really been great where we are living now."

Seashells on the Beach - A Great Addition to Collecting Sea Glass

Punta Veleros, the point next to the beach town we lived in here in Peru from 2010 to 2011, goes from one extreme to the other as far as beach glass collecting, ranging from pretty good to very poor.

In our first year here, by March we had found around 50 pieces of really good beach glass, some of it pretty rare.

Even though we didn't consider it a good sea glass beach in general, it turned up many very good colors and quality plus some rare finds such as a first ever (for us) old glass trade bead.

However, during the year of this post (2011) we found almost zip, zero, nada, as far as beach glass goes. Why?

Because of the "La Nina" weather pattern, there was a lack of any strong waves or currents along the shore, and the sand did not wash away to expose the rocky floor (see What Makes a Good Seaglass Beach).

The seaglass remained buried beneath tons of sand.

So collecting sea shells provided us with a lot of fun while still looking for the rare beach glass. 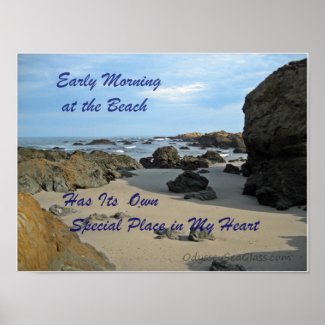 How we got started, progressively:

It wasn't until we started spreading them out on the work table that we saw the incredible (to us) assortment found haphazardly during our walks.

Part of our collection of seashells in Los Organos

There's such a variety of seashells on the beach here. I know there are other places with much more, including some rare seashells. 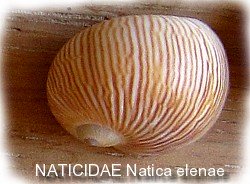 So now, it doesn't matter too much if there isn't any seaglass that day; collecting sea shells on the beach keeps us entertained...and little crabs, seahorses, driftwood, coral, and the ever-growing mountain of pebbles.

Of course, sea glass is the main reason for our beach hikes but it is just so interesting to find other objects as well.

Have any of you ever looked up sea shells on the Internet?

We found a good site, Conchology.be, that deals mainly with shells from the Philippines, but the photos (over 100,000) are from different places and the photos and information are outstanding. You can get an idea there of the more rare seashells.

They've got a full-on encyclopedia with the kind, the class, and the families of sea shells broken down by marine, land, and water and best of all, with photos. If you get a chance, take a look.

For instance, we learned that our big cowry shell is from the family of Cypraeidae.

After that, we're lost. From the Family name, we can narrow it down to genus that looks like our cowry shell but the species is anybody's guess since they look a lot alike to us. 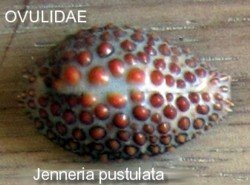 Don't know but we're sure having fun looking at the pictures, and we love the sound of those exotic names.

Also, in the Facebook comments below, Paula Forsling Flores states, "The Burke Museum at the University of Washington (State of Washington, USA) can help identify shells via emails and pictures."

So we'll try that and see if they will help us even though we aren't living in the State of Washington at the present time.

By the way, are there any knowledgeable sea shell folks out there? We'd love to hear from you on the formal names of our finds.

I wonder if they will ever come up with a scientific name for sea glass??? 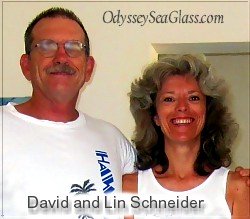