Collecting Agate Rocks - Why the Fascination? Places Where Agates are Easily Found

Pebbles, beach glass, shells, and agates - these might be called companions of the shore, since many sea glass collectors are also enthralled with these beachcombing finds.

Even though Lin and I are primarily "seaglassers," we love to find agates. The photos on this page are of agates we've found on various Pacific shores. 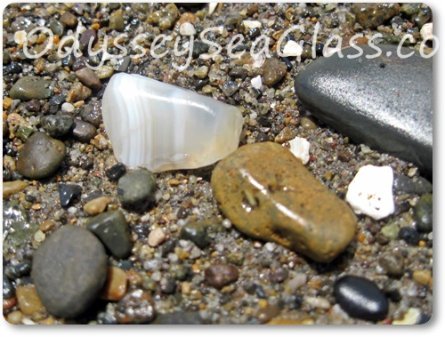 We found this beautiful water-washed agate on the beach in Huanchaco, Peru, South America

From the Great Lakes (Lake Superior Agates) to the beaches of Oregon, agate collecting is a growing pastime, especially of you have access to beaches like Agate Beach, Oregon. 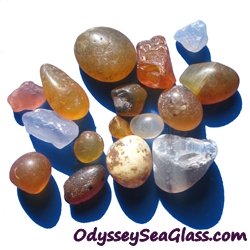 Here are a few of the agates in their natural state that we (Lin and David) have found.
Natural highly-polished agates are called "water-washed" agates and are a special surprise for beachcombers on ocean and lake beaches.


One of the fascinating aspects of the beaches where we've spent  in Northwest Washington, specifically the beaches we know on Fidalgo Island and Whidbey Island, is the beautiful beach pebbles, including quite a few agates, that we find here. 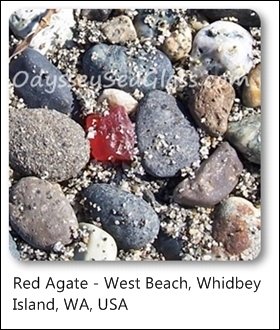 
There are several Washington beaches where Lin and I have found many of our agates. Of these, Rosario Beach on Fidalgo Island gets our vote as the best one for beach pebbles. It also has its share of agates. 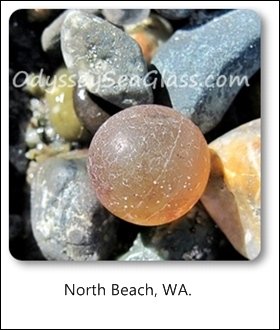 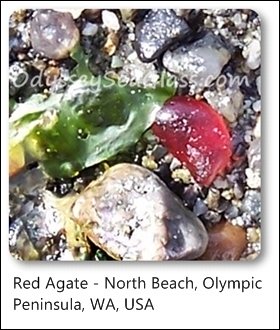 While looking for sea glass, we are continually distracted by the beauty of these smaller rocks and pebbles, especially when they are in the shallow water. The colors and patterns are truly amazing. 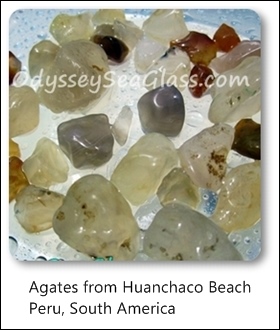 Although we told ourselves awhile back that we would NOT bring any more rocks home, just stick with the beach glass, we couldn't resist the attractive agates, rocks, and pebbles, so...we finally gave in and now at times come home with more small rocks than sea glass! 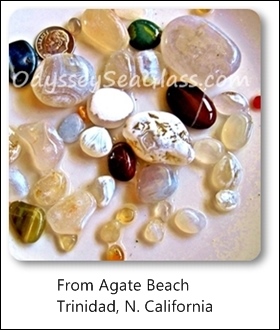 
Agate Beach, Oregon, got its name because of the many agate rocks that are found on the shoreline between Newport and Yaquina Head. Here the waves of the Pacific Ocean wash across the sand and beach rocks, exposing a new layer each turning of the tide, and grooming the beach for the next couple to do their agate collecting. 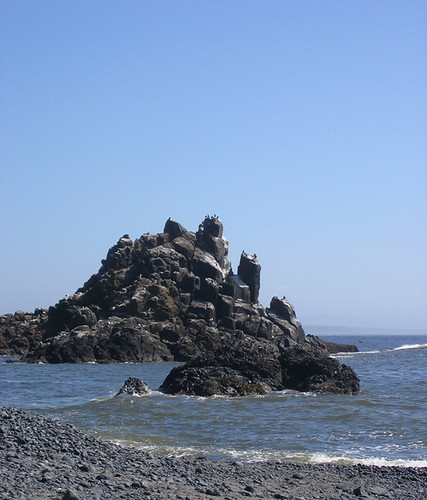