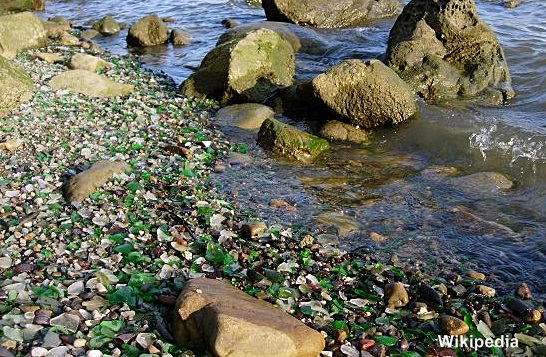 BENICIA, CALIFORNIA - GLASS BEACH?
This photo is from Wikipedia. Most of the glass looks very raw.

In an email several years ago, the hoax question was raised by a viewer. Here is our communication with her:

"The glass beach in Benicia is an internet hoax unless you count a broken beer bottle. I was there today...the locals laughed when we asked. The pics appear to be from Ft Bragg."

"Thank you for the input. Which beach did you go to? This page shows maps to 3 different beaches, none of which appear (to us) to be good spots for beach glass.

"The photo shown above is definitely NOT Fort Bragg. The photo in question of Benicia shows lots of raw glass shards, barely tumbled, like we would expect from the beaches shown on the maps. We do not recommend anyone to go there - the photo clearly shows broken glass rather than beach glass.

"We would love to have more details and photos if possible to clear this up. Like:
Which of the 3 beaches did you go to?Did you go at dead low tide?Do you have photos?"Thank you again for adding your info and I will post your comment to our page.

I took a video and photos at a glass beach in Benicia and included views of the Carquinez Bridge to show it's real.

More reports plus photos of glass beach in Benicia and the San Francisco Bay Area, click or tap here.

Originally, three different locations were described for Glass Beach in Benicia. We need confirmation on which one is shown in Oakland's video above:

All the locations were in Benicia, California, near where the Sacramento River flows through the Carquinez Strait before pouring into San Rafael Bay and finally San Francisco Bay.

Benicia's shore is in a tidal zone where fresh and salt water mix. There is very little exposure to wave action, so much of the beach glass is not very tumbled as you can see in the photo above

Here are the three locations - #3 is the best bet!

Wikipedia states, "Glass Beach is an unusual beach in Benicia, California, that is abundant in sea glass created from years of dumping garbage into an area of the coastline.

"It is located at the 12th Street Park." 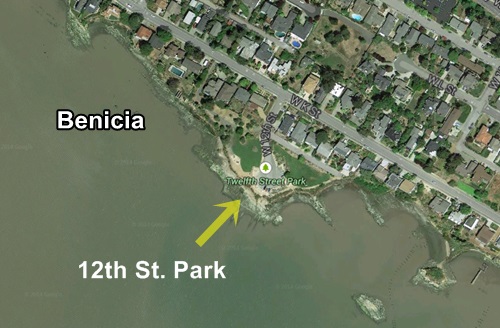 But is that really the Benicia Glass Beach really is? Read on.

Here are the questions and replies as we received them. They are from oldest to newest.

We have added maps in some places with links to Google to try to confuse the issue LOL.

There is supposedly a good beach for finding sea glass, but I caNOT find any info on it other than it's in Benicia, near San Francisco and San Jose.

No map shows this beach, I can't even find beaches of the town listed in many places...  Does anyone have any info about the area?

My husband and I are going to San Jose for a convention (I'm working a craft-table), and Benicia is near enough to maybe go for a walk on that beach and do a little hunting for more materials.  :)

The only "directions" I could find are "at the end of Elaine ST."  No Elaine St. appears to exist, though there is an Elane Way...

Go to website By the Bay Treasurers, they have trips on the Carquinez Strait.

Cities that are along the strait are: Benicia-Benicia State Recreation Area and Crockett, Port Costa, Martinez.

The beach in Benicia might be at the end of East "L" St, not Elaine. (*Note: It appears that L St. does not go through to the beach anywhere.)

Despite being on the Carquinez Straight, there are only a couple of walkable beaches.

Spent nearly all day looking for the glass beach in Benicia.  Found just about every public access spot.  No luck.

I'm surprised that the map is not listed anywhere on the internet.  No one has added to Wikipedia or any other source.  Wow.

Some one let us in and give up the info.

I had to chuckle at the folks having the same problems I was in finding this mysterious Glass beach in Benicia.  Heh.

Well, I hope that in combination with the info you kind folks have posted and some satellite maps I dug up of the area, I may be able to find the place.

That trip is going to have to wait until I head out that way, again, though.

I did try for Shell Beach, near Pismo, but of course, there was an unusually high low-tide that day- it was stormy and wet- no glass, but I did find a gorgeous abalone shell and a naturally holed stone.

Cool treasures anyway!  Maybe another time I can get onto the strand- it's "interesting" getting onto the pebbly beach under the cliff there).

Go to Benicia in Solano County.  Drive all the way down to the end of First street to the water. 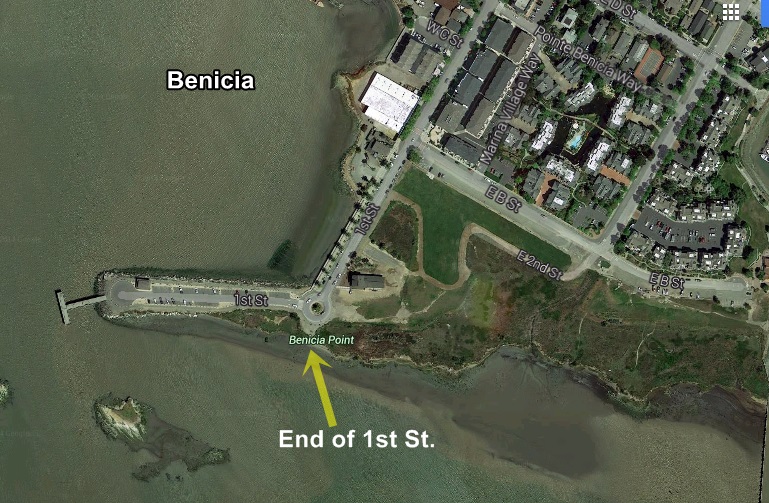 (Go to Google map for Location #2)

There is a See's Candy store in the middle of a grassy field on the left.  Behind this is the tiny beach covered in glass -- some of it smoothed into sea glass and some of it from litterbugs.

I love to bring my dogs out to the beach but I can't bring them here because of all the glass.

Be sure to wear sturdy shoes!

For drilling and working with sea glass.

Check out our viewers' most popular tools by Dremel

So I'm a Benicia native, glass beach is actually pretty hidden and only accessible during low tides so be careful.

But like a few others said, its at the end of a weird tiny street called Elane, it is at the corner of Elane and Cove. 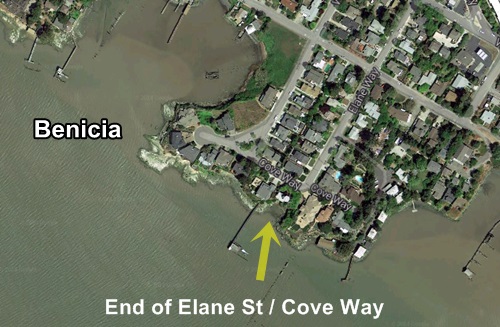 Mind you i haven't been there in a year or two so it may be demolished by  now, but you go down the stairs and go to the right of the cove and there you have it, a teeny strip of land covered in glass deemed "glass beach."

Don't get me wrong, there's a ton of glass, it's just not really big enough or accessible enough to call it a beach.

I googled the directions one of the locals said and the street is ELANE Way (not Elaine) which intersects with COVE Way off of W !st St.

Don't know if Glass Beach is there, but it looks like where the local said it was- and it's only accessible at low tide so check the tides before you go.

Found with the good directions.

Lots of glass, both new and old.

Most of the glass seems to be old, bot not worn as much as it would be if it was on the ocean.

Must have been a dump.

We visited the glass beach in Benicia today. It is indeed at the corner of Elane and Cove Way.

There is a small blue "public access" sign at the start of the little dirt path that leads to to beach.

As a previous poster commented, you must go at low tide. There will be no visible beach at high tide.

There is on-street parking in this quiet neighborhood but you are walking between the property of others, so be cautious.

As for the glass....there is so much and in all honesty, a bit overwhelming. The glass is a variety of ages but most of it seems new and not really "matured". (still sharp with no frosting to the glass). Not what I was expecting.

I am sure some of it is old and there are pieces that are much thicker then manufactured today. Probably old jugs if I had to guess.

We only found the usual, clear, green and amber.

I guess overall I was a bit disappointed. This was my first time searching for sea glass along anything but the ocean. Maybe that is the difference.

It is pretty to see, but if you enjoy the thrill of walking along a sandy beach and finding a hidden gem that you really spent time searching for, then this is not the place for you.

I will go back to my ocean beach hunting.

I guess my husband put it best. "There is so much that it isn't really fun".

From February 2016 - For a report plus photos of glass beach in Benicia , click or tap here!