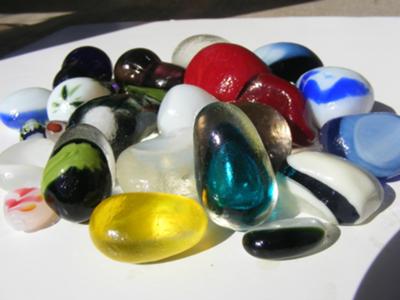 This photo was taken in California.

It was early morning sunny and clear.

The cheaper cameras work the best.

James (Jim) Hailey is one of the more savvy California sea glass collectors and has contributed photos of significant finds over the years, including recommendations for a tool to collect sea glass in the surf line or shallow water.

Jim has placed near the top of the bunch with his rare sea glass at the Santa Cruz Sea Glass & Ocean Art Festival in Santa Cruz, CA.