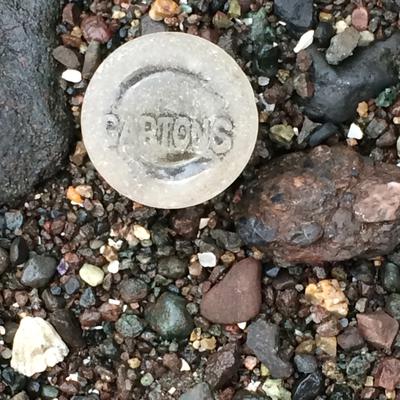 March 25 1017, a cloudy day, walking the beach with my dog Oliver. Tide was out and stumbled upon this beauty, by the high tide line.

At first I wasn't going to reach for it, but it caught my eye and immediately Google Cartons.

What a surprise! And how did it get here?

I'm so excited with my new treasures.

Pender Island is one of the Southern Gulf Islands located in the Gulf of Georgia, British Columbia, Canada. Pender Island is approximately 34 km² in area and is home to about 2,250 permanent residents, as well as a large seasonal population. Wikipedia