Hi there! I wonder if you can help me shed some light on some little treasures i have found.

I know you guys are in the US but i'm struggling to find a source of info in the UK.

We live in Devon, SW England and have found a beautiful beach that offers up some fabulous finds.

About 2 months ago we found 2 large red glass nuggets which we were amazed by and then yesterday we found 3 more almost identical peices. The curious things about them are

Any information or clues would be of great interest.

Thank You so much for your time.


It is a part of South West England, and bounded by Cornwall to the west, Somerset to the northeast, and Dorset to the east.


Geographically, Devon is distinguished as the only county of England to have two separate coastlines (northern and southern), both of which are peppered by lofty cliffs and sandy shores; Devon's bays are typically used as fisheries, ports or seaside towns used for tourism.

Since the rise of seaside resorts with the arrival of the railways in the 19th century, Devon's economy has been heavily reliant on tourism.


The county's economy followed the declining trend of British seaside resorts since the mid-20th century, but with some recent revival and regeneration of its resorts, particularly focused around camping; sports such as surfing, cycling, sailing and heritage.


Devon is the only county in England to have two separate coastlines; the South West Coast Path runs along the entire length of both, around 65% of which is named as Heritage Coast.

One of the features of the North Devon coast is that Bideford Bay and the Hartland Point peninsula are both west-facing, Atlantic facing coastlines; so that a combination of an off-shore (east) wind and an Atlantic swell produce excellent surfing conditions.

The beaches of Bideford Bay (Woolacombe, Saunton, Westward Ho! and Croyde), along with parts of North Cornwall and South Wales, are the main centres of surfing in Britain.
Comments from David and Lin at Odyssey:

Looking at the amazing photo above, Lin and I are quite impressed by the size of these unusual pieces.

However, Lin remarks that she has never seen glass that has been on a beach for any length of time that is not frosted. So, we have the same question as Sam asks?


However, other conditions (pebbly or rockstrewn beaches and a supply of glass for example) are not known to us at this point.


If anyone has more information on beaches in this largely unreported coastline, please share that info with us.

If this information has been interesting, entertaining, and/or helpful, please remember to click the "Like" or other buttons at the top of this page to share this with your friends. 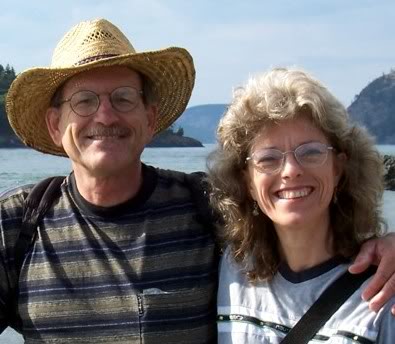